BRITT WRAY is a broadcaster and author researching the science and ethics of emerging biotechnologies, such as synthetic biology, personal genomics and gene-editing.

Britt is co-host of the BBC podcast Tomorrow’s World, exploring big questions about the future as it is created by new technologies. Her first book, Rise of the Necrofauna: The Science, Ethics and Risks of De-Extinction was published in 2017 by Greystone Books in collaboration with the David Suzuki Foundation. Her work has been covered by The New Yorker, The Guardian, BBC, Wired, The Sunday Times, Salon, National Post, CBC Radio, The Globe and Mail, Financial Times, Canadian Geographic and Hazlitt, among others.

Britt is completing a PhD in Science Communication (with a focus on synthetic biology) at the University of Copenhagen in the Department of Media, Cognition and Communication, and holds a BSc (Hon) in Biology from Queen’s University and an Interdisciplinary Master’s in Art, Media and Design from OCAD University. She has been a Visiting Scholar at the NYU Arthur L. Carter Institute for Journalism.

Britt is an Associate Partner at DareDisrupt and is currently directing an interactive documentary series with the National Film Board of Canada about personal genomics and human genetic modification. She is the host of a forthcoming documentary about invention on CBC television’s long-running science program The Nature of Things. 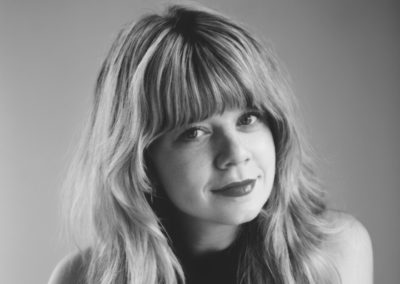