An exponential growth in computing power, better and cheaper sensors and advanced artificial intelligence are the main ingredients in a new generation of flexible and intelligent robots that can work closely together with humans. Globally, a massive amount of money is currently being invested in robotics, which will change many industries, distributions channels and the labour market as such. We are entering a new phase of industrialization – the era of Industry 4.0.

Søren Tranberg Hansen holds a Ph.D. in Robotics and Artificial Intelligence from the Cognitive Computing Lab at Georgia Tech/Aalborg University and has been working in the area for more than 16 years. He is the main author of a book on robots and artificial intelligence, has won several communication awards and is frequently used as a keynote speaker.

Søren Tranberg Hansen works as a private consultant and researcher, combining expert knowledge in robotics and artificial intelligence with innovation and business development. He has been working as a fundraiser, business consultant and project manager on a number of development projects within robotics and AI. He has also worked as a special advisor for the Danish Ministry of Foreign Affairs, supporting a large number of international companies like Apple, Uber, Huawei etc. 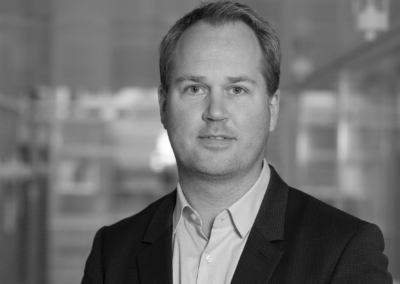